I use the tagline Find Your Flow for promoting my outdoor Tai Chi classes. This is because for me practicing TCC is largely about finding and synchronizing the flow of breath and movement.

Moving slowly with the breath but without the principals of Tai Chi including no peng, no sinking, being double weighted and other postural mistakes. All of these things will impede flow.

Some concepts to help you find your flow.

Xian Tian. In the internal Chinese martial arts, there is a concept called Xian Tien. This is translated as “before heaven” or “pre-heaven” or “pre-natal” and it refers to one’s raw energy in a natural state, before anything is added to or taken from it. Xian Tien chi is something that we already have, the practice is first to removing blocks so it can flow freely.

Short, repeating flows of movement, coordinated with the breath are a useful and enjoyable training practice. It can be fun to train along with a spotify playlist. In Vinyasa yoga practice a flow starts and ends in the same postion so that it can be repeated indefinitely, there is also room for variation to work on different techniques or areas of the body. In between the start and end of the flow there are repeating key points. The key is that the movement follows the breath.

This concept has always been a part many martial arts, in Xing Yi Chuan the wu xing quan is a series of five flows, while the linking or cascade forms are larger repeating cycles. In Yi Chuan Si Li is basically the same concept. In tai chi chuan the practice is not as widely used but it is there, the sequence of grasping the swallows tail is a flow that can be repeated. Most Bagua forms are very cyclical. A great basis for developing flows are the Tien Kan exercises found in the YiZong schools. This whole practice is a series of short cyclical motifs that are so elemental they can take on the forms of any of the three arts. 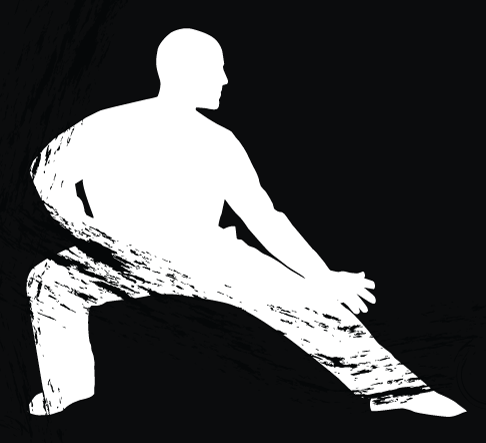